Brain networks can be studied at different spatial and temporal levels. Similar to large scale networks, in order to understand how dynamic activity emerges and is modulated by patterns of connectivity, you could zoom out a lot and look at the activity at the whole brain level. Or you could zoom in and look at a tiny group of cells. Conversely, various tools allow us to look at what happens at the milliseconds scale (which is the scale at which neurons operate), up to minutes, hours, or longer.

What I call a mind network is the conceptual layer or thought processes and ideas generated by our brains. When people say "my brain thinks"—it's a category mistake. Our brain doesn't think. Our brain is just a wobbly mass of cells. As far as we know, you cannot map ideas 1:1 with specific locations in the brain. While ideas are generated by the constant changes in the brain's connectivity network and the interaction between the brain's network nodes, your brain network (neurobiological processes) is not your mind network (thought processes).

Similar to the brain network, the mind network could be modelled and studied at different spacial and temporal scales. We could study the overall patterns of connectivity in one's mind (between thoughts, ideas, maybe even emotions) or we could zoom in to look at the connections between very specific nodes. From a temporal standpoint, we could look at long-term patterns (pruning of certain areas of interest, expansion of specific idea-worlds in the mind), or short term interactions (transclusion, new links). 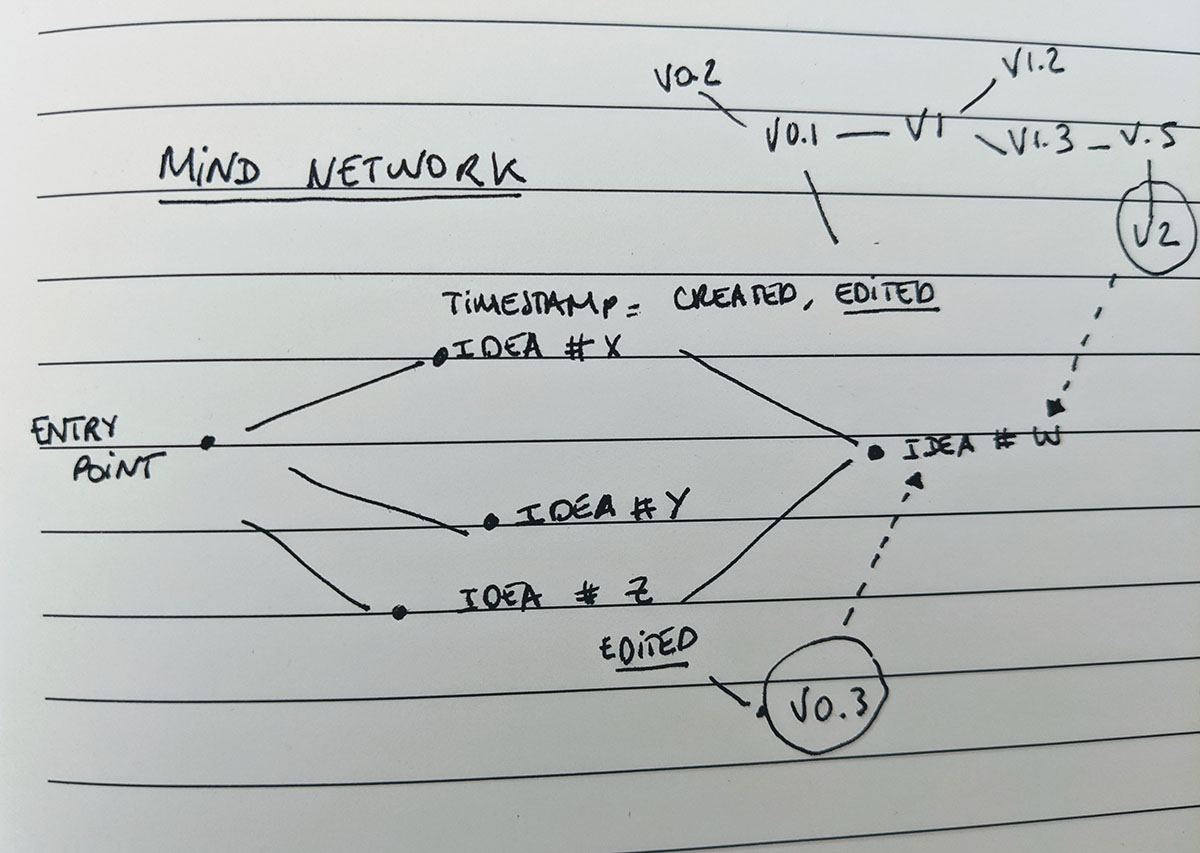 In the case of mind networks, we could zoom out even more to look at mind-to-mind connectivity. The Internet already makes this possible at various spatial and temporal scales, but there is no widely used protocol tracking the exact origin and subsequent modifications of ideas so dynamic patterns could be studied. The Underscore Protocol (_Prtcl), which dubbed itself "Git for ideas", is an attempt at tackling this challenge of tracking mind-to-mind networks, but it's yet to be seen whether it will be widely adopted.

While it's still early, brain-computer interfaces may help us better map the brain network to the mind network in the future. In the mean time, manually connecting your thoughts in a way that's study-able (mainly by taking smart notes) is one of the best ways to start mapping your own mind network.